Dr. Camarata held faculty positions at Penn State University and in the Autism Research Center at the University of California, Santa Barbara prior to coming to Vanderbilt in 1990. He is currently a Professor of Hearing & Speech Sciences and Psychiatry in the Medical Center and Professor of Special Education at Peabody College. In addition, he is an Investigator at the John F. Kennedy Center for Research on Development and Disabilities (serving as Acting Director of that Center from 1999-2002, and directed the program in communication and learning from 2002 to 2009).

Dr. Camarata’s areas of research interest are focused on the identification and treatment of speech, language disorder, and hearing loss. Populations of interest include autism, Down Syndrome, phonological disorder, and language disorder. He is currently a permanent member of the NIH study section on Communication Disorders Research and has been a member of review panels at the National Academies of Science, Engineering, and Medicine.

DR. MARK SELECKY, BOARD OF DIRECTORS

Mike Stein is a physical therapist, and President of Manual Orthopedic Physical Therapy, Inc.  He received his bachelor’s degree from California State University, Long Beach in 1987, and completed his master’s in orthopedic manual therapy at the Olga Grimsby Institute.  Mike Stein has practiced physical therapy in a wide variety of clinical settings, specializing in manual orthopedic physical therapy and sports medicine.

Mike Stein’s professional experience includes a wide range of orthopedic sports injuries; including young athletes, the weekend warrior, world class and professional athletics.  He has extensive experience with work related injuries, as well as Medicare patients.  He is associated with the Southwestern College Athletics Program, volunteering personal time to assist in the evaluation of the injured athlete.  He is dedicated to helping individuals relieve pain, improve function and maximize one’s physical well-being.

Mike Stein resides in San Diego with his wife, and three daughters.  He enjoys spending quality time with his family and friends, as well as mountain biking and spending time in Montana.

MIKE STEIN, BOARD OF DIRECTORS, TREASURER

David A. Mandel is a business advisor and attorney.  David has provided legal and business advice for over 20 years to a diverse variety of businesses, including most recently as the managing director for an over $300 million private equity portfolio of distressed investments in medical, entertainment, media, and technology businesses, designers, and developers of digital entertainment, wireless communications companies, various European based manufacturers and electronics companies and a developer of predictive maintenance and logistics systems for aircraft maintenance, repair, and overhaul.

David has served as the General Counsel and head of strategic development for TelTech Communications and was one of the founding members Leap Wireless International, the provider of Cricket mobile phone service in the United States.  Prior to joining Leap Wireless, David served as legal counsel in the QUALCOMM Wireless Business Solutions (QWBS) division of QUALCOMM, Inc.

David was also a founding owner of Power Sports Group, a manufacturer of high-end composite tubing for the sports and recreation industries.  He began his career with the law firm of DLA, formerly known as Gray, Cary, Ware and Friedenrich. 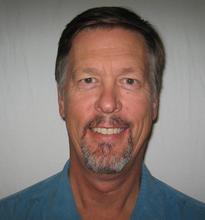 DR. MIKE LENIHAN, BOARD OF DIRECTORS 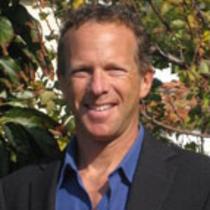 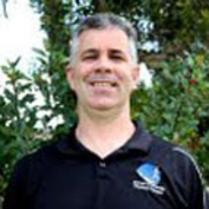 For over ten years Dr. Selecky has been a Member of the Surgery Supervisory Committee at Sharp Chula Vista Medical Center and a long time Member of the American Orthopedic Society for Sports Medicine.  He has spent many years working as an Orthopedic Consultant for the U.S. Olympic Training Center in Chula Vista and has cemented his reputation in the community as an outstanding Orthopedist.

Since 1998 Dr. Selecky has been making an impact treating athletics on a complimentary basis in the South Bay area of San Diego while working as Physician Director for the Volunteer Sports Medicine Clinic for the Sweetwater High School District, and donating his time as Team Physician for Southwestern College.

Giving back to the community has been a part of Doc’s life since graduation. Doc was awarded a California Community Colleges Instructional Credential in the subject matter of Health and Physical Care Services and Related Technologies, valid for life, and immediately put that designation to work.  Doc has volunteered his time as the Team Physician for Castle Park High School since 1963; acted as the Team Physician and  Medical Consultant for Southwestern College since 1970 and has donated his time and expertise by volunteering in over 10,000 sports screening examinations as well as attending Physician at more than 1,200 High School football games.

In addition, Doc organized the free Saturday Morning Injury Clinic for injured youth in the South Bay community of San Diego County over 25-years ago, and continues to this day; was the first Medical Honoree of the San Diego Sports Medicine Foundation and currently serves on their Board of Directors. As we passed into the 21st century Doc was presented The High School Sports Association of San Diego Community Service Award in 2004 and established a Student Athletic Training Program at nine high schools. Currently, there are now over 1,100 students attending these Career Technical Education classes.

Dr. Camarata “Doc”, graduated from the University of Portland in 1953, Oregon Health Science in 1957, as an MD, and from 1957 to 1960 USN, MCRD. Doc’s medical career started with Family Medicine and Sports Medicine in Chula Vista, CA since 1960 and is still active inpatient service in 2017. Doc is Board Certified and a Fellow, AAFP;  served as Chief of Staff with Scripps Memorial Hospital, in Chula Vista CA from 1967 to 1970; a Past President of the San Diego Academy of Family Physicians and a current Board Member and Chair Emeritus of Continuing Medical Education (CME).

Dr. Camarata is now retired from Family Practice and actively practicing Sports Medicine. He serves as a Senior Medical Examiner for the FAA and also as a voluntary instructor in Sports Medicine at UCSD Medical School.

Dr. Lenihan has been in private practice in the South Bay area of San Diego County since 1993, and along with Dr. Camarata, Ed Ayub, and Mike Stein, has been participating in the Volunteer Sports Medicine Clinic providing free services to thousands of student athletes of the Sweetwater Union High School District.

Starting in 1995, Dr. Lenihan has been a consulting Orthopedic Surgeon for the U.S. Olympic Training Center in Chula Vista, and now is also a Team Physician for Southwestern College.  He is the founder and CEO of Lenihan, Selecky and Chada Orthopedic Sports Medical Center, Doctors Park Medical Center and the Otay Lakes Surgery Center.  He is a former Chief of Surgery at Sharp Chula Vista Medical Center and is an Assistant Instructor for the Scripps Family Practice Residency Program, the Kaiser Sports Medicine Fellowship Program and Stanford’s Physician Assistant Program.  He has been active in volunteer and missionary medical programs for more than 20 years in Mexico, Central America and Chula Vista. 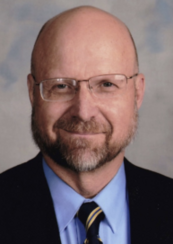 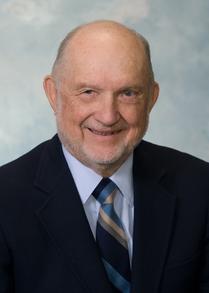 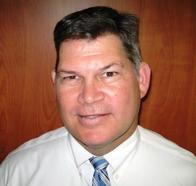