Joe Bailey is a physical therapist and Vice President of MOPT. He received his bachelor’s degree from California State University, Long Beach in 1987. Joe Bailey has completed extensive post graduate education in orthopedics and manual physical therapy as well as certification in Work Place Ergonomics.

He has worked as a physical therapist in California, Louisiana, and Italy. Joe Bailey has specialized in orthopedics and sports physical therapy over the last 27 years. He loves to surf and mountain bike ride as much as possible. 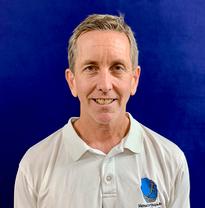 ​Dr. Klatman received his medical degree from Georgetown University’s School of Medicine in 2015. Dr. Klatman went on to complete his Orthopaedic Surgery Residency at Louisiana State University’s Health Sciences Center, which he finished in 2020. Dr. Klatman also completed the San Diego Arthroscopy and Sports Medicine Fellowship in 2021, where he was a recipient of the Jeff Tamborlane Award. In his spare time, Dr. Klatman is an avid cyclist and surfer.

Dr. Klatman is part of the Synergy Orthopedic Specialists Medical Group that was founded to bring individual surgeons together to provide patients the highest standards of excellence in orthopaedic care.

He currently is the medical advisor and on-site physician for SWSWF's Sports Injury Clinics.

Family medicine physician Marianne McKennett, MD, has been practicing in the South Bay for more than 20 years. She has had the privilege of being the Scripps Family Residency Program director since its inception in 1998, which includes the training of family physician residents at the Scripps Health Center Chula Vista (California) family medicine residency program. Much of their training occurs in the San Ysidro Health Center, a large federally-qualified health center located near the California-Mexico border in San Diego’s South Bay.

A Southern California native, Dr. McKennett is committed to caring for the South Bay’s underserved Latino population. She has received numerous awards, including being named a San Diego Magazine Top Doctor and a California Academy of Family Physicians (CAFP) Teacher of the Year.

Ms. Nancy Acerrio began her career coaching at Sweetwater Union High School District’s Hilltop High School in 1974. Nancy taught special education at Hilltop from 1984 until she retired from teaching in 2019. Nancy was the Athletic Director at Hilltop High for 20 years.

Nancy has been a member of the San Diego CIF Coordinating Council, Board of Managers, and the Board of Managers Executive Committee; she has also represented San Diego on the State CIF Federated Council for approximately 25 years.

Nancy has served on the CIF State Executive Committee and is a member and past president of the High School Sports Association of San Diego, she has also served on the Officials Hall of Fame Committee. 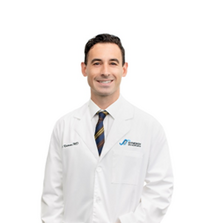 Dr. Fithian has made his home in San Diego for nearly three decades. During that time, he has dedicated much of his time
to serving his community. He worked as a youth soccer coach for his three children, honing his skills as they progressed.
For the past decade he has traveled yearly on orthopaedic surgical mission trips to treat under-served populations in Latin America.  He has long served as a liaison to local high school and college training rooms to expedite care of injured athletes.

Dr. Fithian is a dedicated teacher of fellows, residents and students in the Navy, UCSD and Kaiser Permanente training programs. His wide-ranging research interests include both laboratory and clinical projects, and he is very grateful for the relationships he has made with other scientists in the quest for scientific evidence that will enhance patient care. He has traveled extensively, and served as visiting professor to numerous residency programs in the United States and overseas.
He is fluent in both French and Spanish.

Dr. Fithian grew up in New Jersey, went to college in New Hampshire, and spent 10 years in New York City for medical training in orthopedic surgery. He came to San Diego in 1990 to do a fellowship in orthopedic sports medicine at Kaiser Permanente under the Direction of Dale M. Daniel, M.D., who was a friend and mentor to many San Diego orthopaedists
of that time. Dr. Fithian worked with Dr. Daniel and his staff, studying and treating knee and shoulder injuries in recreational athletes, and assumed directorship of the program after Dr. Daniel’s death in 1995. During more than 25 years with Kaiser Permanente, Dr. Fithian was also the architect of the Kaiser Permanente Joint Replacement Registry, which is now the largest implant registry in the United States. He recently transitioned to “Partner Emeritus” status with Kaiser Permanente, allowing him to split his clinical practice between Kaiser Permanente and Torrey Pines Orthopaedic Medical Group in La Jolla. 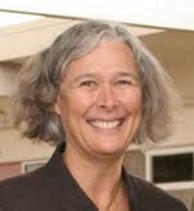 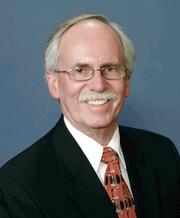 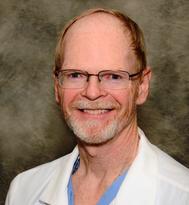 David is a native Chula Vistan and alumni of Hilltop High School. He graduated from UC Riverside with honors, and worked for the County of San Diego his entire 36-year career, spending the majority of that time with the Assessor’s Office. In 2010, he retired as the Assessor/Recorder/Clerk. He was responsible for a staff of over 400 and an annual budget in excess of 50 million dollars.

Since retirement, David has continued to serve the public through volunteer work. He currently serves as the Vice Chairman of the Sweetwater School District Citizens Bond Oversight Committee, the Vice President of the Bonita Historical Society Museum Board of Trustees, an active member of the Chula Vista Kiwanis, and a member of the Asset Management Program Advisory Committee for the City of Chula Vista. He has volunteered for the Southwest Sports Wellness Foundation since 2011, and is excited to begin serving as an Advisory Board member beginning in 2014. 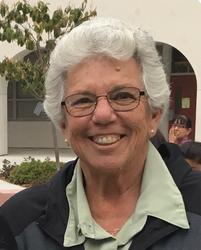